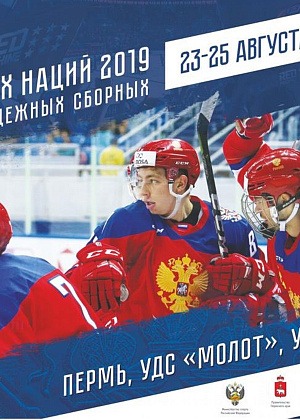 From 23 to 25 August in Perm will be a Grand hockey festival - the Tournament of four Nations. Athletes of the age group up to 20 years from Sweden, Finland, the Czech Republic and Russia will go to the Perm ice.

The tournament of four Nations is international hockey tournament for national youth teams. The tournament is held in different countries several times a year, during breaks between national Championships. This year, the four Nations Tournament will be held on the ice of the Perm arena "Hammer".

Four Elements Perm especially for fans arriving in Perm has set a 10% discount on accommodation in their comfortable rooms!
In order to take advantage of the discount, it is enough for the fan to make two simple steps: to book a room on the official website of the hotel, using a special promo code 4Ehock, when checking into the hotel to present a ticket for any of the matches of the tournament.